Language services is a field that does some serious work. However, that doesn't mean that all aspects of the field are grave and untouchable. Occasionally, translating and interpreting can be entertaining and a source of excellent humor fodder. Few pieces of evidence corroborate this more than interpreter and translator comics. The web is a great source that has many examples of humorous interpreter and translator comics.

According to the blog's subtitle: "Mox is a young, but well educated, translator. He has earned two PhD's, speaks six languages...and he hardly earns the minimum wage." This is the sly, snarky style that Mox's Blog is full of. Drawn in a rudimentary, Microsoft paint design, the comics follow the adventures of Mox, his girlfriend Lena, and a group of other characters that represent various aspects of professional language service. The comics also include project manager Pam and direct client Bill Doors (a clear stand-in for Bill Gates). 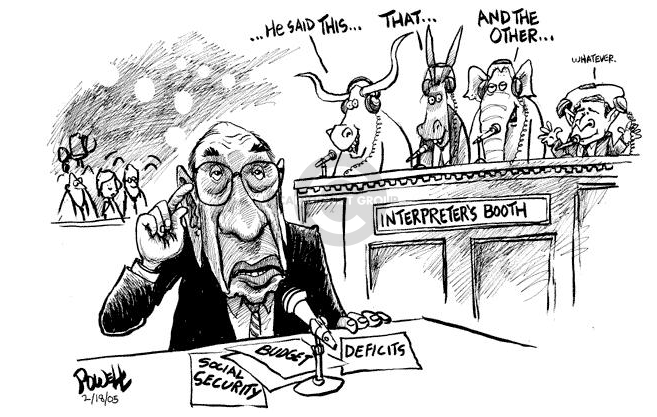 The Cartoonist Group labels itself "The internet's most diverse cartoon art database." Cartoon Stock might challenge that assertion. The Cartoonist Group and Cartoon Stock both allow visitors to search for any content subject and be rewarded with a stream of cartoons that share that subject. The Cartoonist Group's list for interpreter cartoons currently offers up to 13 results and the translator list offers up to 28 results. New results are added as they appear in print. Cartoon Stock offers 27 interpreter cartoons and 68 translator cartoons. Each list contains examples from popular political, editorial, and comic strip cartoons, which provide a well-rounded group of cartoons that dates back decades.

Like Mox's Blog, Translator Fun is a blog that features comics about translators and translating. Additionally, it also demonstrates a dramatic lack of artistic skill that is married to a wicked sense of humor. According to Romina Bona, the author, "it is meant as a resource for translators to chill out and have fun before, during, or after work." The primary source of material is the life of a freelance translator which leads to comics that riff on deadlines, wages, and being a little off-center.

Being a translator is not being an interpreter, however, both jobs have overlapping aspects and the travails of a freelance translator will definitely resonate with a freelance interpreter. In addition, who doesn't benefit from a little language services humor?