It's not uncommon when faced with a monolingual, foreign language speaker to find a workplace peer or social service professional grabbing the first available bilingual employee available to serve as an interpreter. Surely, the main goal is just to get the bigger points across and anyone bilingual can do that, right? Wrong. On both counts. The point is rarely to convey only the main points and anyone bilingual can't necessarily do that. If they can't do that, then they certainly can't match the nuance and skill of a trained interpreter. Likely, if consulted most bilingual employees roped into serving as interpreters would actually confess they lack the skills and vocabulary to truly function as an interpreter.

In situations where information needs to be conveyed from one language to another, it is best to hire a professional interpreter because their skills extend beyond an understanding of two languages.

Most "bilingual" people have an understanding of more than one language and can make themselves understood in both. However, interpreters have to be able to fluently translate information quickly and accurately without taking time to clarify statements or consult with outside experts or texts. An interpreter won't ask a doctor to reword a treatment directive into something they are better able to translate.

Additionally, because of the speed at which translation occurs, there isn't time for an interpreter to wonder about the best way to translate something or to search their mind for the most pleasing phrasing. These pauses in thought can lead to an interpreter missing part of the conversation. A professional interpreter won't ask for consistent repetition in order to keep up and this is a blessing in many contexts. For example, a person interpreting the report of a crime shouldn't ask the victim to repeat their ill-treatment over and over. Having to share intimate details of victimization is hard enough without being forced to repeat and re-word it to suit interpretation skill.

Professional interpreters often function in three languages during a session including the native language, the target language, and the language associated with the context. For example, legal, medical, or income tax jargon. A bilingual person is often unlikely to have the specialized language necessary to accurately and completely translate every aspect of a complex conversation and no one wants to face the repercussions an incorrect testimony, a poor health decision, or a misunderstood tax filing. A good interpreter understand fully the information being conveyed and how to adjust it to the equivalent in a target language.

Finally, a professional interpreter understands more than a pair of languages, and they understand the cultures from which the languages originate. For native speakers, idioms, nicknames, and terminology feel normal, but a direct translation would make no sense. For instance, in German, quotation marks are called gänsefüßchen, which literally translates to "little goose feet." That feels comical in English, but in German it's commonplace. A professional translator knows these turns of phrase and can navigate them both as boons and as obstacles to good communication.

Being bilingual is obviously the foundation of being an interpreter, but functioning as an interpreter goes beyond the daily use and meaning of the term "bilingual." It requires an intimate familiarity with languages, contexts, and subjects. At Ablio, all interpreters take rigorous tests to determine their strengths as an interpreter. Our interpreters are more than bilingual, they are professional experts providing a top-class service to our clients. 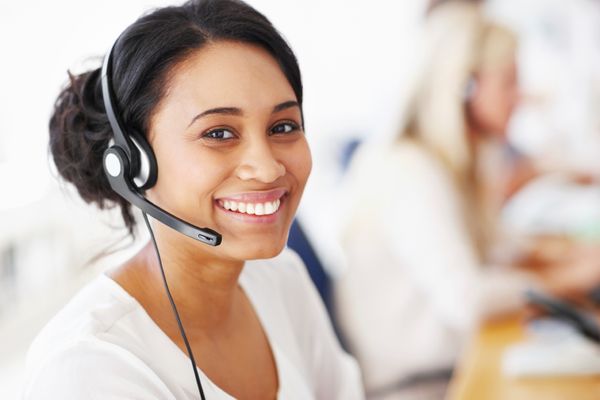 The United States Bureau of Labor Statistics reports interpreter and translator jobs will experience immense growth between 2012 and 2022.

A message to Interpreters from the Ablio team In a market that so often finds itself facing aggressive approaches and races to the lowest bid, interpreters may be wary of